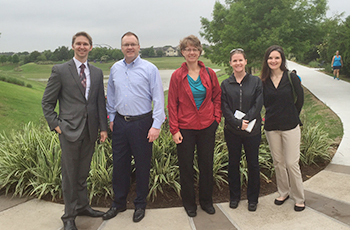 The University of Houston System has announced plans to purchase 46 acres and to build a state-of-the-art academic building in Katy. The new site will be known as UHS University Park.

On May 19th, UH System regents approved the purchase of 14.6 acres near the northwest Grand Parkway for $13.8 million. The land purchase contract with Parkshide Capital includes an option for an additional 14.6 acres for $6.3 million if purchased within 12 months.

The purchase and building project will be funded by $46.8 million in Capital Construction Bonds, approved during the 84th session of the Texas Legislature.

“I want to thank the current and former WHA leadership and board members for their support of UHS gaining the critical capital construction bonds in the last legislative session,” says Dick Phillips, UH Associate Provost for Outreach and Community Engagement and WHA Board Member. 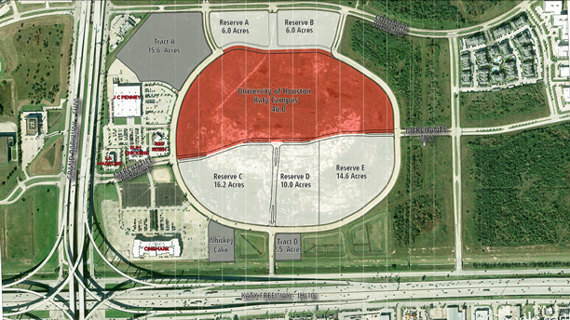 The new UH System’s expansion will give area residents an opportunity to earn their degrees closer to home, an area that includes portions of Harris, Fort Bend, and Waller counties. The population is expected to increase from 317,000 residents to 550,000 within the next 20 years, and about 200 companies are headquartered there, including many in the energy sector.

“This purchase signals a new stage in the University of Houston Systemâ€™s strategic plan to serve the greater Houston region,” said Paula Myrick Short, UH System vice chancellor for academic affairs. “It will allow us not only to serve more people closer to their homes, but also to offer a broader range of degree programs.”

A system task force led by Short conducted an extensive study of various locations and commissioned an independent demographic analysis of the region before recommending the site.

“Parkside [Capital] is extermely pleased to be able to bring UH’s West Campus to our University Park property. The campus will bring a measurable amount of activity and excitement to our project,” said John Moody, Parkside Capital CEO and WHA Chairman.

“We envision mixed-use development surrounding the campus, including retail, office, multi-family, and hotel, at a prime intersection for the West Houston market,” said Moody.

“The dynamic growth in the Katy area is clear evidence of the need for expanded educational services in the region,” said Short. “The University of Houston System has worked with residents to make sure we are meeting their needs, at a location that will offer convenient access, as well as room to grow.”

Short said the new UHS University Park location is a key to the System’s strategic initiatives for the area.

Lance LaCour, president and CEO of the Katy Area Economic Development Council, said expanding higher education options in the area is a critical priority for civic leaders. The Katy Area EDC assisted with site selection, and area legislators and other organizations worked together to secure Capital Construction Bonds (previously known as Tuition Revenue Bonds, or TRBs) from the Texas Legislature to fund the project.

“Increasing educational opportunities, especially higher education, is a key priority for the Katy area,” he said, noting the Katy area has a population larger than Pittsburgh, Pa., which supports seven universities. “Residents in this area have a great need for both undergraduate and graduate classes at a location that meets their needs.”

UH Regents also approved plans to sell the current 10-acre satellite campus in Cinco Ranch, which opened in 1989 and offers junior, senior and graduate-level courses from universities in the UH System. That campus has a 36,000-square-foot classroom building but is landlocked, with no room for expansion.