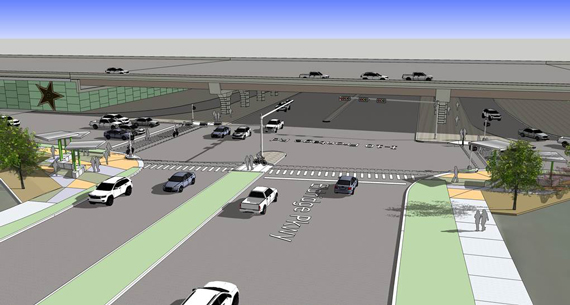 The Energy Corridor is beginning to implement its recently completed bike and pedestrian improvement plan. And with approval of a new bike-share program and a new Bike & Pedestrian Improvement Plan in the works, the Memorial Management District will soon increase bicycle accessibility within its boundaries as well.

On February 9th, the Texas Department of Transportation will let a contract for improvement of six bike and pedestrian crossings on I-10 between Kirkwood and Barker-Cypress. The Energy Corridor District’s transportation coordinator, Kelly Rector, said that the most significant improvements will be made at Highway 6, Eldridge, and Dairy Ashford. The Energy Corridor Management District, which is providing the local match, estimates that the cost to construct the project will be over $500,000. TxDoT plans to start construction as early as April and to complete by before the end of 2016.

At its last board meeting, the Memorial Management District approved a contract and a $30,000 work order with B-Cycle, the same company that services the City of Houston’s bike-share program. The work order will facilitate the installation of the first bike-share station at the Pearl CityCentre. More bike-share stations will follow at various locations throughout the District.

Pat Walters, the District’s executive director, reports that Memorial has worked with City of Houston officials to include bicycle and pedestrian projects in the City’s capital improvement plan that may link Terry Hershey Park’s network of hike and bike trails with bike paths near the District’s East side that connect to Memorial Park and downtown.