On February 19, Walt Mischer and Joel Kotkin welcomed a crowd of over 200 business executives and community leaders to the Center for Opportunity Urbanism’s Second Annual Luncheon. 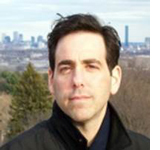 Alan M. Berger, Director of Massachusetts Institute of Technology’s Center for Advanced Urbanism (CAU) delivered a presentation on the “Future of Suburbia.” He argued that, despite recent news, suburbia is needed more now than ever to meet the housing needs of people living and working in Houston and throughout the world. Dr. Berger showed that suburban development is a global phenomenon and that proper urban and suburban planning can balance the natural and human environment. CAU will bring a museum exhibit with the same title to Houston and other U.S. cities in 2017 and will publish a comprehensive book on suburbs called Infinite Suburbia. 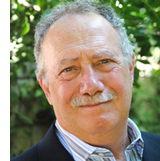 Strikingly, home ownership is “an important part of the American dream” to roughly 80% of all demographic groups, regardless of age or ethnicity. Approximately 63% of both Millennials and Baby Boomers prefer single family detached houses. In fact, Millennials and Baby Boomers prefer almost identical floorplans with similar high-end technology finishes; preferences depart on staging and floor level (Baby Boomers increasingly prefer living on one ground floor level.) Millennials are buying housing later, and marrying later, than previous generations primarily due to higher levels of debt, notably student loan debt, and changes in mortgage requirements. Suburbs are also increasing integrated in terms of age and ethnicity, including foreign born residents.

Thanks to efforts by Ted Nelson and the executive committee, the West Houston Association obtained a favorable sponsorship opportunity and was represented by more than 20 WHA members and guests.