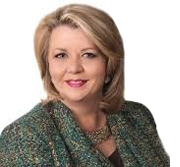 A large contingent of City of Houston Officials, including Mayor Sylvester Turner, addressed a crowd of approximately 200 hundred citizens and advocates at Spring Woods High School the night of February 22nd. Rebuild Houston and the City’s new Master Bike Plan figured prominently in the presentation, which received applause from the audience.

District A Council Member, Brenda Stardig, and Mayor Turner addressed the crowd. Both expressed a commitment to improve many street and drainage infrastructure problems faced by District A residents in the upcoming CIP. They also were clear that the upcoming CIP would not fix all problems in the area. However, both committed to set up round table discussions that would bring developers, citizens, and city officials to one table.

Carol Haddock presented plans for 2016 capital improvements within District A. Ms. Haddock is the City of Houston Public Works Department’s new Interim Deputy Director of Engineering and Construction. She replaces, at least temporarily, Dan Menendez, who held the position from 2008 until February 12th.

While the overall tenor of the meeting was positive, many residents expressed frustration at the City and developers. Mayor Turner promised that as the City makes helpful improvements, it will seek a proportionate share of costs and assistance from developers. Energy Corridor District Transportation Planner Kelly Rector made a short but effective presentation on the efforts of the district to contribute to quality development with input from the community and in cooperation with the City.