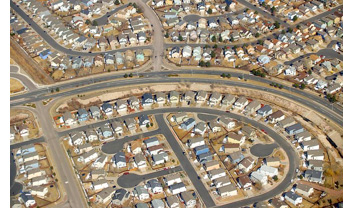 This week, the Houston Chronicle published an article about a Municipal Utility District and the dissatisfaction of some homeowners that the MUD might issue bonds, which they believe could raise they property tax rates. The article, in my opinion, was slanted toward an angle that MUDs represent a developer-run local government agency run amok, with little oversight and unchecked taxation power. What this article fails to provide is the overall economic benefit that MUDs provide, and the reason for their existence in the first place. It also doesn’t explain who truly bears the cost of the initial infrastructure “the developers.”

All development, in an economically advanced society, needs to have access to safe water supply, sanitation services, and drainage infrastructure for each household or business. In rural areas, on-site wells, septic systems, and on-site detention and permeable surface typically satisfy this need for households because residential lots are usually large enough to adequately accommodate these facilities. Conventional suburban development doesn’t have this luxury, however, so common systems shared by all the property owners must provide such services. Obviously these common systems are not free to construct; in fact, they comprise a very significant component of development costs.

MUDs successfully facilitate an economical, fair and efficient provision of this infrastructure in several ways. They properly allocate the financial risk to the developer. Unlike the portrayal in the Chronicle, MUD bonds don’t fund the water / sewer / drainage infrastructure; it is the DEVELOPER that funds these items, up front. MUD bonds are a means of paying back the developer for the common (public) portions of this infrastructure at a later date when enough property value has been generated to adequately fund debt service through property taxes. Thus it is the developer’s risk fail to successfully execute and market the development, then there won’t be a payback through bonds.

The fact that MUDs reimburse developers for their risk-taking expenditures create financial feasibility for new development that might not have otherwise existed. If there were no future reimbursement, a developer would have to either convince a nearby city to annex the project and fund the infrastructure (which may not be considered very fair to that city’s existing taxpayers), or recover the up-front infrastructure costs by increasing the sale prices of the homes or lots. In the latter case, this means that new homes would be more expensive, and some entry-level home markets might not be served at all.

In the city annexation scenario, a developer has to wait for municipal approval processes to play out and deal with political risk. These also add cost, plus they slow down the provision of housing, which can also lead to increased home prices in a strong-demand market, decreasing affordability. Developments in MUDs still have to meet infrastructure and subdivision standards and receive consent from the city whose extraterritorial jurisdiction (ETJ), so it’s not as if the city has zero control to ensure a quality development, even if annexation is not intended in the near term.

Ultimately, of course, the incidence of MUD taxes (the group that truly bears the cost) falls on the property owners within the district. And that’s as it should be. One of the great economic â€œtestsâ€ of taxes is whether those bearing the incidence are also those who receive the benefits of the projects or services funded, and MUDs meet this test. Property owners outside the MUD bear no tax burden from the district’s water / sewer / drainage infrastructure and services at all, unless the district is annexed by a city and the MUD dissolved.

While MUDs, like any government entity, need to abide by good government and open meetings rules and be subject to oversight, the taxation issue discussed in the Chronicle article neglected to mention that there is a natural check on excessive MUD taxation, particularly in districts (such as the Del Webb Sweetgrass community highlighted) where new home development is still occurring: the market. Raise taxes too high, and the developer and builders will have difficulty marketing lots and homes at desired pricing levels, because the end consumers the home buying public – won’t find it palatable.

Hopefully leaders in the development industry will work to educate the Texas citizenry that MUDs exist for very good reasons, and hopefully the media will provide equal time for this information.

About the Author: Steve Spillette is President of CDS Community Development Strategies and has performed a variety of market studies and financial pro-forma analyses for both private and public clients. Mr. Spillette has several years of experience in retail market analysis and multiple degrees related to real estate and planning–including an MBA from Texas A&M University.